The 5G core network has evolved from a collection of proprietary equipment with fixed functions to a communication system based on microservice architecture, which is a breakout change in mobile communication networks. The main functions of the 5G core network include access control, mobility management, session management, and data transmission. As a center that connects multiple access methods and heterogeneous networks, it plays a key role in the mobile communication network. 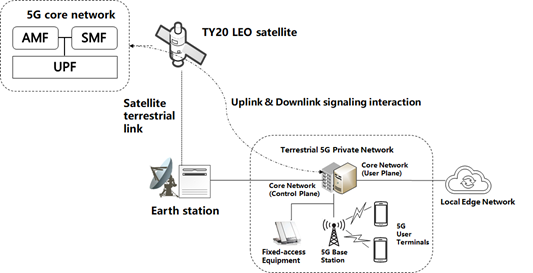 At 20:36 on August 9, 2021, satellite control commands were sent through the uplink telemetry and control link, and the signaling and data processing capabilities of the 5G core network loaded on the satellite’s on-board computer were used to successfully realize user registration and session establishment, and control of satellite equipment. Downlink telemetry monitoring shows that the 5G core network has been successfully deployed on the on-board computer of the Spacety TY20 low-orbit satellite. It has signaling and data processing capabilities, and realizes the basic functions of the core network such as user registration, session establishment, and data offloading. The on-board 5G core network was developed by the team of Professor Wang Shangguang, with the State Key Laboratory of Network and Switching Technology, School of Computer, Beijing University of Posts and Telecommunications, which has exclusive intellectual property rights. 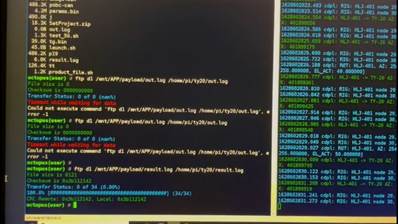 At 21:41 on August 10, 2021, the system data returned by the telemetry and data transmission link showed that the three main functional components of the core network were operating normally, and the core network control data was correctly generated. The Beijing University of Posts and Telecommunications, in collaboration with the Guangdong New Generation Communication and Network Institute, has verified the signaling interaction (base station and UPF) between the on-board 5G core network and the terrestrial 5G private network in the control plane and data plane through. The control data generated by the 5G core network is downloaded to the ground 5G private network, which realizes the local offloading of edge computing controlled by satellites, and conducts tests such as video calls.

This test is also based on the theory and techniques of service computing. Through key technological breakthroughs such as network element pruning, compilation and reconstruction, network element fission, and protocol stack reuse, the rapid on-orbit deployment of a lightweight core network (the fastest one-time pass) has been achieved. The light core also supports incremental upgrades, laying the technical foundation for the emergency deployment of satellite communications in orbit under special scenarios such as disaster relief, emergency, and national defense. 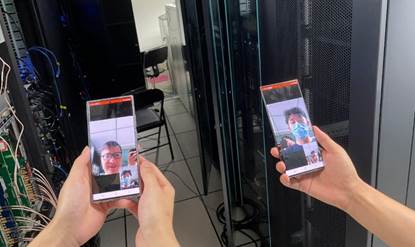 Unlike the traditional bent-pipe transmission mode where the satellite is only used as a communication relay, the core network technology suitable for the satellite environment has great potential to break through this limitation. As a verification of the technology, this test is the first time in the world to show that the core network of mobile communications has been deployed on orbiting satellites. It has achieved a break-through in satellite participation in network coordinated control, and has taken an important step in ground-satellite integrated communications. It also provides a test reference for the distributed cognitive service-oriented architecture of the 6G core network oriented to the integration of space, air and ground. 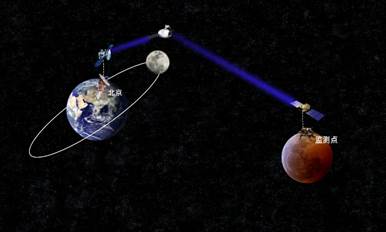 For the next step, the International Conference on Air-Space-Ground Integrated Computing (www.datacom-ieee.org/SAGC2022/) will be held in Huizhou, Guangdong in October 2021, and the team will release test data sets to the academic community, and cooperate with partners such as the China Mobile Research Institute and the BUPT Shenzhen Research Institute to conduct further testing to provide preliminary verification support for national future research on satellite-to-earth converged networks, 6G networks, and interstellar networks.